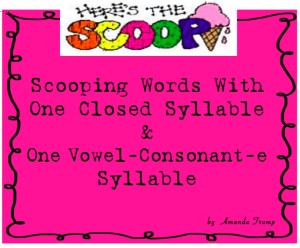 So rather that placing a slash, there is another way to show the number of syllables in a word, and that is to scoop the syllables. This is how that would look: d i s I I k e. Not dividing the word with a slash avoids the look of an extra letter in the word, and it also avoids the idea of students thinking the word has only one syllable since there is just one slash. With the idea of scooping with the finger or with a pencil, students

can feel and see the scoops which in turn matches the number of syllables.

This packet contains 64 task cards that allow students to practice scooping words with one closed syllable and one vowel-consonant-e syllable. 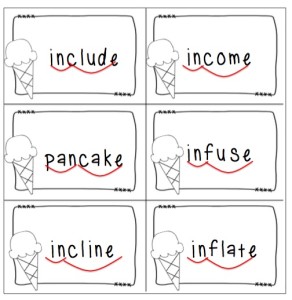 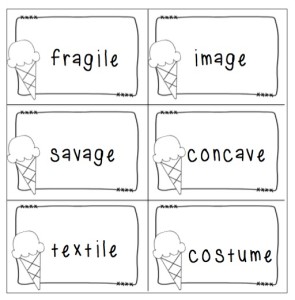