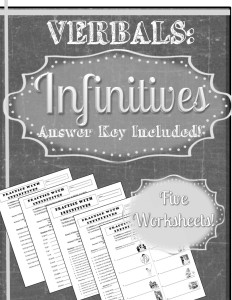 Teaching verbals is not the most exciting unit lesson, so I always try to incorporate finding them within other literature as your class is reading. However, they always need some extra practice! So, here are five worksheets for in-class or homework for that extra little infinitive boost!

I teach a writing lab for the community college I work with, and right now we are working on recognizing Independent and Dependent Clauses. (Yep! College students sometimes have to go waaaaaay back to the basics in order to find sentence fragments within their Composition Essays!) 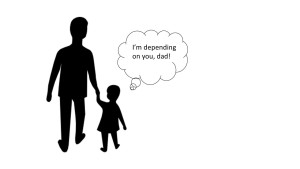 I like to give my students a visual when thinking about parts of sentences. So the first thing I told them is that I have a one-year-old who is about to start walking. Right now, she is holding on to our hands (or walls, or cabinets, or the dog) to help support her walking. Then I ask them, “Is she an independent walker?” Of course the answer is no. “Why?” Their responses were:

“She relies on other people or things.”

DING! DING! DING! In order to walk, she is DEPENDENT on other people or things. An INDEPENDENT walker is someone who can stand on his or her own.

After reviewing types of each, I gave them a Common Subordinating Conjunctions Cheat Sheet to use in order to find fragments (it also includes the five relative pronouns, but I didn’t go too into detail with those–only so much the brain can handle in an hour!). Then I let them know the secret that if their sentence is starting off with one of the words listed on the cheat sheet and does not express a complete thought, it’s probably a fragment.

I hope this cheat sheet helps your students make sense of Independent and Dependent clauses a little bit better! 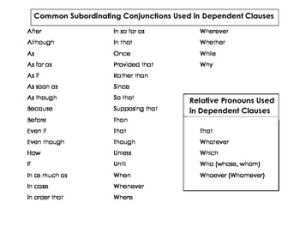 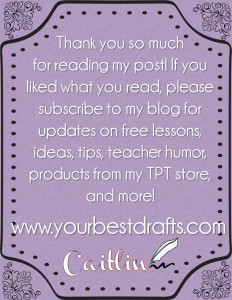 I don’t know what it is about holidays and school, but students always tend to go a little coo-coo around any holiday. St. Patrick’s Day just so happens to be one of those holidays that also falls before Spring Break, so they are especially coo-coo.

So what do we do? We give them fun activities and count down the days! Everyone knows that trying to teach a new concept or review before Spring Break is nearly impossible. So, there’s nothing wrong with having a little fun a day or two before Spring Break (or on St. Patrick’s Day if your Spring Break comes a little later)!

A fun activity to try on the holiday is teaching them the art of the LIMERICK. We have all heard the naughty one about Nantucket, so let’s not share that one with them, shall we? Start off first with the structure:

A LIMERICK is a short and fun rhyming verse that is often humorous. It has a distinctive rhyming pattern, but once you get the hang of it, it becomes easier and easier to come up with your own!

Here is an example of a limerick:

“There was an Old Man of Peru

Who watched his wife making a stew.

But once, by mistake,

In a stove she did bake

That unfortunate Man of Peru.”*

(from A Book of Nonsense by Edward Lear)

If you notice in the limerick, there is a very clear rhythm and rhyme. It is five lines and has a rhyming scheme of: AABBA. The rhythm pattern is as follows:

Next, give them a couple more examples: 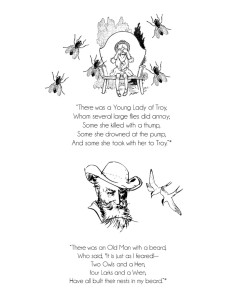 Once they get the hang of it, have them try to create their own! If you would like the Create-a-Limerick packet, check it out at my TPT store! 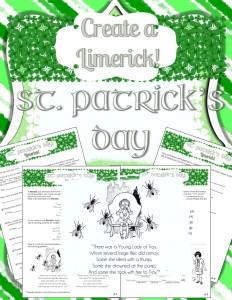 I also have an activity called “Wacky Words” in which students fill in parts of speech to create a silly story about hunting a leprechaun. This can be purchased separately or with the St. Patrick’s Day Activity Packet that includes these two activities AND a crossword puzzle and word search! 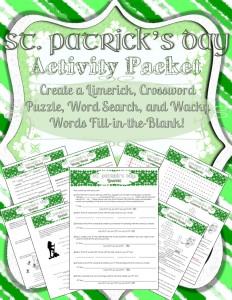 Gerunds, infinitives, and participles, OH MY! Yeah. . .they are not the most titillating thing in the world to teach. In fact, when I had to teach the unit, I had to relearn all the terminology all over again (honestly, I don’t even recall any of my teachers specifically teaching the “gerund.” Hmmmm). Thus, why I think the most confusing aspect of the Verbals is the gerund: firstly, it’s hard to pronounce, and, secondly, what the HECK is its function?! (Even though I pronounced it correctly several times a day, half the students still insisted on calling it a “Grrrr-uh-nd.” Um. Nope, but as long as you know what it does, you could call it “Sally” for all I care! 🙂 )

Anywho, I came up with a “trick” that works almost every time when trying to detect a gerund in a sentence. I call it the “IT” rule. “IT” definitely helped my students become much more clear on if the -ing word was a gerund or just a participle. So here is my simple  “IT” trick:

Because a gerund functions as a noun, I taught my students to replace the -ing word with a noun in the sentence: “IT.” If the sentence still makes sense, it’s probably (stress the probably) a gerund. For example:

Change to: She loves IT.

YEP! We have a gerund!

Example 2: She is dancing in the rain.

Change to: She is IT in the rain.

Hmmm, NOPE. Not a gerund.

You may not like this trick or it may work really well for you. Either way, I am just glad I can share!

Two products to help you teach this unit: 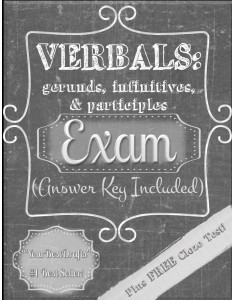 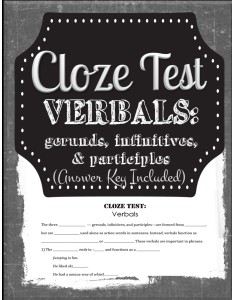 Students with the Valentine’s Day hyper buzzes and puppy love giggles? Give them some word activities! 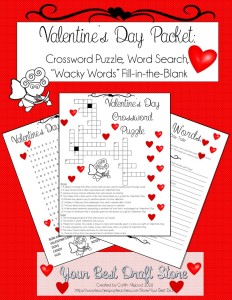 See more of my holiday activities at: 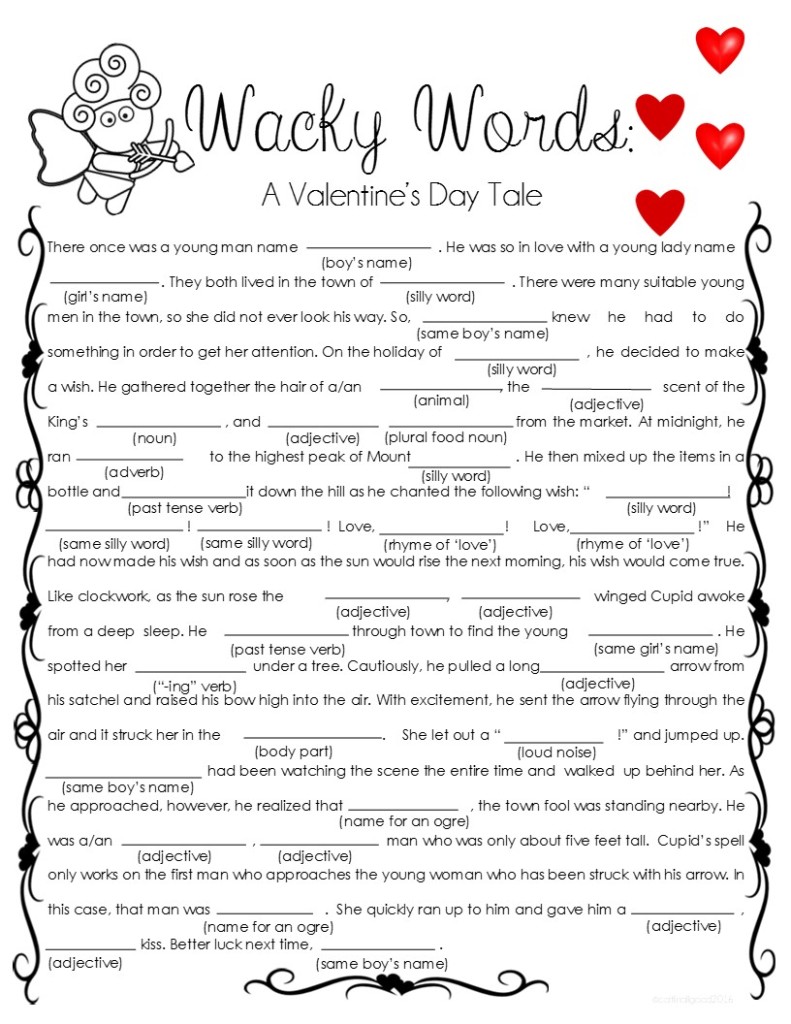 Students LOVE filling these in with silly words and creating ridiculous stories. This is the tale of a Valentine’s Day cupid who struck the wrong target! Great to use as a planned or last minute activity!

See more Valentine’s Day Activities (and other holidays) at my store! 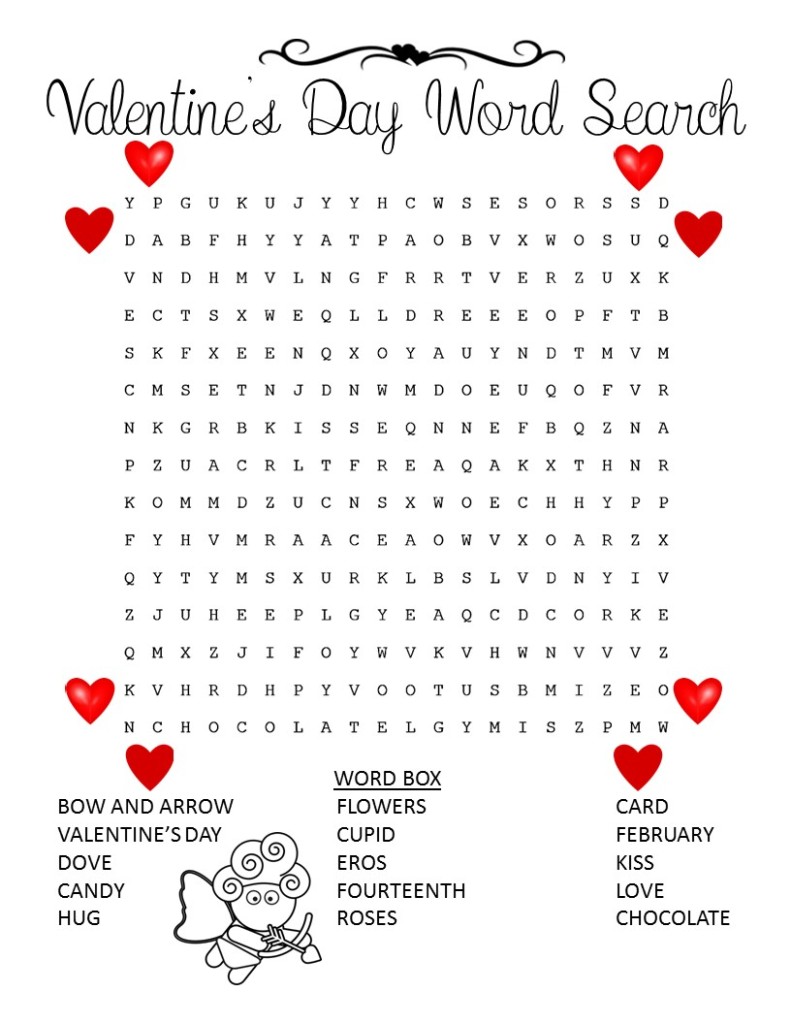 Great for a last-minute or planned activity during that week when they get the puppy love giggles and hyper candy buzzes!

See my store for more Valentine’s Day (and other holiday) activities!

It’s that time of year when they all get the puppy love giggles (and hyper candy buzz)! That’s why it’s always a good idea to have a few fun Valentine’s Day games and activities on hand! This is a simple 15-word Valentine’s Day Crossword for grades 4th-8th: 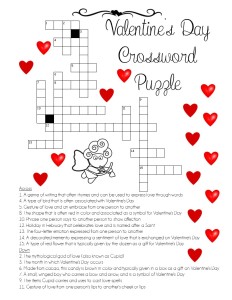 See more of the Crossword by downloading a free preview! Click on the image to link directly to my store or click the link below:

Please visit my store for other Valentine’s Day (and other holiday) activities! 🙂