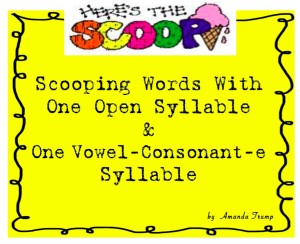 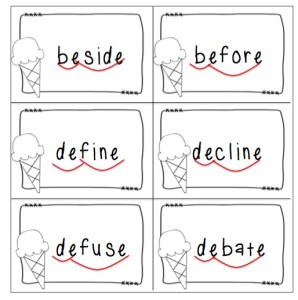 Scooping a word is the same as dividing the word into syllables.
Syllables can be divided by saying them orally or by using a pencil and paper. If we orally divide a word into syllables, we usually clap the word out. For example, if we orally divided the syllables of beside, we would clap out ‘be’ and ‘side,’ and that would be two claps. If we divided the syllables on paper, we would place a slash between the ‘e’ and ‘s’ in the word ‘beside.’

So rather that placing a slash, there is another way to show the number of syllables in a word, and that is to scoop the syllables. This is how that would look: b e s i d e. Not dividing the word with a slash avoids the look of an extra letter in the word, and it also avoids the idea of students thinking the word has only one syllable since there is just one slash. With the idea of scooping with the finger or with a pencil, students can feel and see the scoops which in turn matches the number of syllables.

This packet contains 64 task cards that allow students to practice
scooping words with one open syllable and one vowel-consonant-e
syllable. You will notice that quite a few prefixes are open syllables. 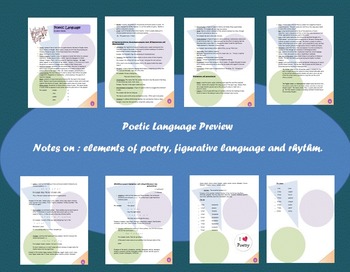 This handout contains comprehensive student notes on the following:

This handout contains 9 pages. I really hope you enjoy it!

This is also part of a poetry bundle unit. Check it out at my store.
http://www.teacherspayteachers.com/Product/Poetry-Unit-for-senior-students-1107375

For contests, promotions and other freebies, visit my Facebook page. https://www.facebook.com/pages/Teaching-Made-Easy/734339640007672 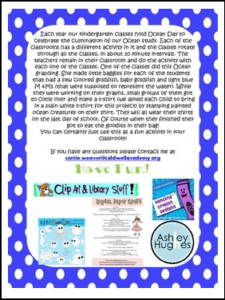 A fun graph to use with your students during your Ocean study. Use colored goldfish, baby goldfish and blue M & Ms. 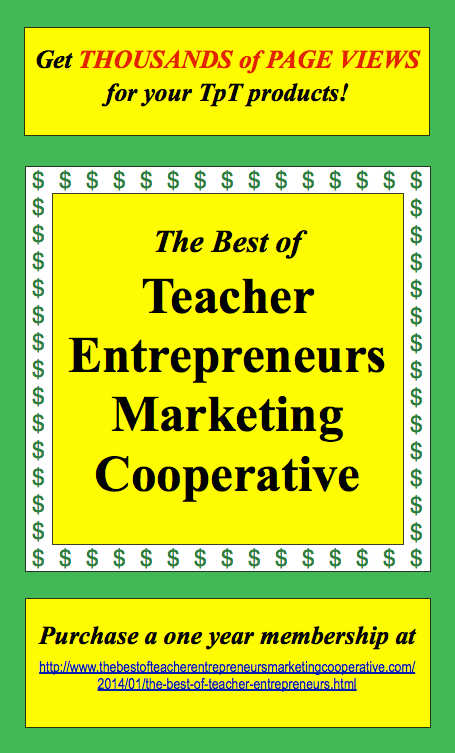 Join The Best of Teacher Entrepreneurs Marketing Cooperative at
http://www.thebestofteacherentrepreneursmarketingcooperative.com/2014/01/the-best-of-teacher-entrepreneurs.html
and get THOUSANDS OF PAGE VIEWS for your TpT products!
Victoria Leon’s TpT Store

Go to http://www.pinterest.com/TheBestofTPT/ for even more free products!